Oracle of Omaha on Indian Soil! 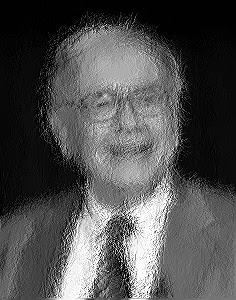 Warren Buffet in   …was front page news  in today’s Business Papers.
He is on his maiden tour to India.Some well known faces of the Dalal
Street (Mumbai) will be on a pilgrimage to see and hear, the God of Value Investing,in flesh and blood in !Thats the euphoria he has created in the business circles
The greatest lesson he has ever got is from his father  that of unconditional love. He believes  giving unconditional love  to be the most powerful thing to shape up children .He is passionate about teaching .He likes to teach to connect with the taught.
Investing like Warren Buffett is niether an art or a science . His guideline in his words is “..it’s far better to buy a wonderful company at a fair price than a fair company at a wondeful price. “ He chooses investments with long term value .His investments often reflect the most basic product and services ranging from consumer goods like razor blades and laundry detergent to soft drinks and automobile insurance.
Oracle of ,his nickname because he is one of the greatest investos of all time . His investment picks and his comments on the market are very closely followed by the investment community . He lives and works in .
Buffett is in as a part of his philanthropic intiatives and is also expected to look at possible investment opportunities in the country . The Hathaway  C.E.O. has  pledged 99% of his wealth to philanthrophy!He feels philonthrophy is much more difficult than business but that does not mean that it should be ignored.
He has decided to join Bill Gates on a mission to push wealthy Indians to pledge money for a global philanthrophic drive called the Giving Pledge…They together are worth $106 billion, a great part of which they have pledged to give away ,in their lifetime to solve some of the biggest problems facing the world today!World citizens truly!
A few interesting comments on him that I read in The Economic Times today…
…. He is an amazing man …I am mesmerised by the fact that a man can  make so much money purely by ethical means…
….he is willing to remain invested in a good company for a lifetime….
….have read his books on investing ,which have helped me get deeper insights about value investing. …
….his annual letter to shareholders is an iconic read and is an anatomy of investing….
….Buffett is a self-made man ,a role model for asset managers.He doesn’t buy stocks ,he buys businesses.He is a decade –long trader in this world of day traders…
He is an enormous believer in trade .The more trade the world has , the better it is over time.Wisdom ,Wit are synonmous with Warren  he quipped India has done well without my advice!
The octogenerian’s simple wish is to be remembered as the world’s oldest man …so much remains to be done !May God grant Bless him with a long life!
Posted by The Chatter Blog at 10:32